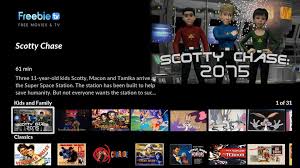 Freebie TV is a channel on Roku that offers various programme shows for people to watch. You can watch vintage movies and animated films on the channel. There are also a lot of television serials to watch. They have shows that are free to watch and also the option to subscribe to a premium channel. There is no subscription fee and you also don’t have to submit your credit card information to get access to the free movies. It is free to watch Freebie TV on the Roku Channel in Roku Channel Store. You will need to sign up for a free account to watch the free movies on your PC computer. You can also watch the movies on a Roku Box or device. FreebieTV can replace your television set – it is frequently updated with new movies and shows from time to time. The videos on Freebie TV stream for 24 hours a day which means you can go there to watch movies at any time of the day.

FreebieTV drama offers a variety of drama movies from war to romance. Some of the titles in the drama category are Rehearsal for Murder, and Talons. On the channel, you can also find the 47 episodes of the first and second Acapulco Heat Seasons and watch them for free. The kids channel offers family friendly movies from the vintage and current eras, for example, Gulliver’s Travels, and Tarzan. The kids channel also offer shows in the superman, looney toons, educational, and games.

If you like documentary films, Freebie TV offers more than 21 titles for you to choose from including Marilyn Feature, and Eat, Drink, Laugh – The Story of the Comic Strip. In addition, you also get access to videos in the Travel With Kids channel on YouTube. Another YouTube channel you can access on Freebie TV is Dev Diary which features document series on the background of various game developers.

Freebie TV comedy used to broadcast the television sitcom, Hogan Heroes. If you visit this category, you will find at least 60 comedy films to watch. Turning Green is one of the comedy films in the category – it is about James Powers who live with his Irish aunts after his mother’s death. Freebie TV also have free action movies that feature classic kung fu flicks and crime thrillers. Some of the movies in the action category are Clover Bend, Hard Vice, and Concrete Cowboys.

Freebie TV horror has a lot of horror movies from the old and new era. Some of the titles in the horror category are Summer Fear, Sleepaway Camp, Sive Must Die, Cannibal Holocaust, Oasis of the Zombies, and Chain Letter.

Streaming TV is the wave of the future and FRONTIER TASTES and TALES  is proudly onboard!  Now you can  STREAM one of America’s HOTTEST  and most EXCITING new FOOD and TRAVEL shows, FRONTIER TASTES  and TALES, via FREEBIE TV on your  smart TV, computer, smart phone or  tablet. It’s EASY!

1. Simply download the Free Roku  application from your Apple or Android store. You will need to set up a Roku  account but again it’s Free, easy and  there are thousands of Free TV shows  and movies to choose from.

2. When your Roku account is active,  the FREEBIE TV application can be  downloaded for free as an added  option within your Roku application,  offering you even more great shows  and movies to watch for FREE!

Now that you have downloaded the  FREEBIE TV application you are ready  to enjoy “Frontier Tastes and Tales,  Season one! Freebie TV is also  available via Amazon Fire TV stick and  Roku streaming hardware, offering  thousands of more FREE viewing  options for you!

You don’t have to wait week after  week to watch each episode. Instead,  you can binge watch the entire  season in one sitting or just watch  your favorite episode over and over  again, 24/7.